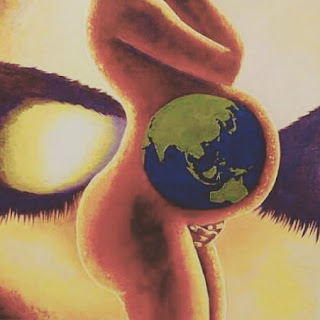 Alexander the great was a king of the ancient Greek kingdom Macedon.
He wanted to rule the world but did not succeed.
Napoleon Bonaparte too wanted to reach the seashore through the same boat but, the boat of his desires sank.
There were kings, emperors, who tried to rule the world but never succeed.
There were different dynasties invaded different countries, ruled different continents.
Whether it was from the era of monarchy, or feudalism, every ruler wanted to rule the world.
There were many reasons which led to world war like Imperialism, Nationalism. BUT the root cause was a strong desire to invade the other country and become a world super power.
There must have been someone who was ruling the world.
GOD? Being theist, you may believe; and People who commit blasphemy will deny.
It is a matter of belief.
To reach the sea of conclusion, each thought of mine like a ripple of the river, surrendered to the current of consciousness.
Yes. There has been someone so powerful to rule the world.
It is,
" The hand that rocks the cradle ! "