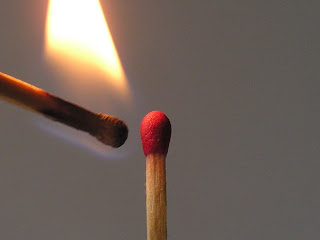 I have seen people who have been in a relationship with machines married stethoscopes. They never had their heart at the work they were doing. They just become the part of the rat race and followed the crowd. Instead of following their own intuition, they have inherited “born original: died copied” phenomenon.
Our brain merely around weighs 3 pounds. From rickshaw puller to Stephen hawking, everyone owns the same brain. Irrespective of the language, religion, society they belong to, almighty showered us with the same level of intelligence.
Society has its own term-“keep your nose in others business”. We always try to fit ourselves into the role of their choice. This is like Amrish Puri romancing with kajol in DDLJ and Shahrukh says-“Ja simran ja ji le apni jindagi”. Do you imagine, how ridiculous to think that characters could be compromised?
Unfortunately, option itself becomes the choice for the majority.  Sometimes, it was forced by the almighty. Sometimes we have paved the way by our own deeds. We see a carrot, we run like a rabbit but the truth of life lies within a fact that "we are caged".
We are only running inside the cage. Carrot is the desire, we cling to.
People say they are pursuing the dream career, chasing their goals. They earn,They live the lavish lifestyle and they die. Life takes away the BRAND of their body.  Our soul doesn’t have a brand. People who have walked the same path, we all are just following their footprints.

It matters when you have chosen the road less traveled.
It matters when your tree gives shed to others.
It doesn’t matter whether you are a billionaire or vendor, if your presence spreads smile over the faces of others, then it matters.

Service to others is the rent you pay here on the earth for living.