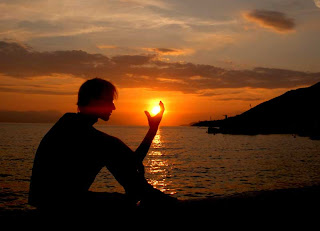 If Lata Mangeshkar would  force to play badminton in her childhood then how could we listen  the stunning and beautiful voice of lataji ? and how could our generation enjoy melody of her voice that has always been touching  our heart ?
But on the other side if Saina Nehwal would force to join classical singing classes at her childhood by her parents then how could our country see the “SHUTTLE QUEEN” Who is  representing our country at world plateform.
In the same way after failing in his matriculation examination for the first time if he would commit suicide ( with prior to the recent  article given in the TOI about suicide cases in youths-“in india most students commit suicides after the results of matriculation and intermidiate examinations as they lack coping resources to survive) … 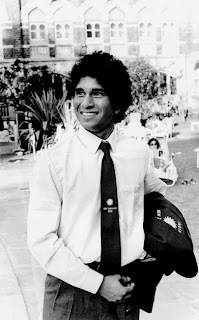 then could we see the master blaster of Indian team SACHIN RAMESH TENDULKAR ? absolutely not…HE knew what god has given to him ..he came to know  his real talent at the beginning .His real world was cricket. His world has been revolving around cricket since he got his passion to live his rest of the life..on the other side if he would force to play billiards then we couldn’t see pankaj Adwaani.
Every one is a product of circumstances.
The sum and substance for giving above examples is simple. I am neither comparing them with each other nor trying to judge their abilities because I have no right to judge them, they are outstanding personalities & I am too small to comment over them. But what I am trying to convey is every individual borns with a god gifted talent. Every cloud has a silver lining.
What we have to do  ?  just simple !! to chisel it out the spark which lies within ourselves.
You might have seen the chain of  inspiring and beautifully written dialogues in the movie 3 IDIOTES..
When Aamir khan said to his friend and roomie Farhan-
“ 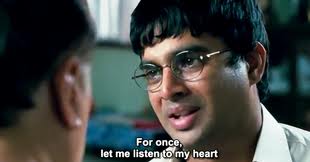 Shaadi karna chahta hai jaanwaro se aur ishqq ladaa raha hai machino se..!!” aamir meant to say farhan was a guy who always wanted to be a successful wildlife photographer but due to parental pressure he was doing his engineering in ICE. For his parents it was a matter of pride that his son was studying in ICE which was considered as one of the reputed colleges of the country but it was a matter of dual state of mind for farhan whether to make his career in engineering or as a wildlife photographer ?

He was in delimna to choose his career but finally he managed to convince his parents and he became wild life photographer as a assistant of Andre Istinaal who was working as a chief wildlife photographer in a Hungry !!
There is dialogue in the same movie –“ to wahi ban jo teraa dil chaahe…”
It doesn’t make any sense to write the whole story here because many of you have watched this film more than 2 times I bet !! and the message given in the film has been captured by the alive minds.
SO, the one who knows he can, he is right
And the one who knows he can’t, he is also right…
Life is full of inspirations around us if we give a serious glimpse towards every event that happens in our life. each event or people whom with we come across has a little contribution in the making of our personality. You cannot play with the animal in you without becoming wholly animal else, play with falsehood without forfeiting your right to truth.
It is true that we are limited but we can push back the borders of our limitations. We reactively live the scripts handed to us by family and other people’s agendas. Your life belongs to the whole community and as long as you live,it is your privilege to  do for it whatever you can. We should rejoice in life for its own sake. life is not a candle; it’s the torch we have all got it for the moment and wanna make it burn as brightly as possible.  We empower other people and circumstances outside our circle of influence to shape much of our lives by default. Our character basically is a composite of our habits.
“ daane daane par likha hota hain khaane waale ka naam”….it means-What you deserve , you will get it.
Sow a thought
Reap an action,
Sow an action,
Reap a habit,
Sow a habit,
Reap a character,
Sow a character,
Reap a destiny !!! 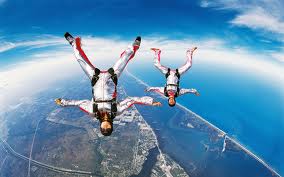 Sometimes you gotta jump, just to see if you can fly….