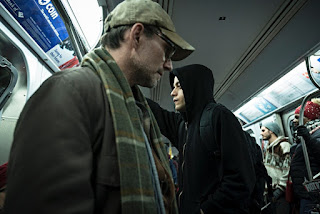 I met one of my friends couple of days back. He looked gaunt. I asked him about his whereabouts and about the issues which are trending these days. After listening to him, one thing was crystal clear. His mental ability to analyse complex issues had nothing to do with his physique. He was matured beyond his age.
Time flew by, and I come across one pseudo intellectual who was handsome; if we go by the appearance and charm he carried along with his beaming smile. In a bid to check his nerve about the trending issues, I asked him about his views and with no surprise, my expectations didn’t go in a vain. After listening to him, I could see, he was gaunt not by his physique but by what he expressed.
When I tried to ponder over their childhood conditioning factors, their free will to choose the information thrown at them by the external factors and their choice to absorb relevant data; had something to do with their ‘opinions’ formed over a period of time.
Here, we are not considering factors like who was right or wrong. Why? because the person who is judging them is a common man not a saint, or force of an almighty who has extensively worked upon his ‘ethical values’ who could say,” look, this is the scale to measure things, deeds, views, if you want to judge the criteria of this particular scale, then we would consider things accordingly.”
You would say, my god is different, my ideology belongs to one forms of sect or cult or a saint who is going to judge two different opinions by his “criteria”. But, the ability to judge human beings by human beings themselves; resides in the conditioning and upbringing factors, to which they are tilted according to their religion, faith or ideology. Also, Probability of getting incessant opinions are valid for ‘both’ conditions.
We can see that, it was me; who judged both and formed my own opinion based on my point of view. because I am a common man. No one gave me the authority to declare that, person A who looked gaunt had perfect views about the complex issues or person B who looked smart; does not express views in favour of humanity. Who gave me the authority to judge them? It’s My ego. My ego which has been part of life like a shadow given me an authority, to set up a scale to measure whatever comes to the doorstep of mind. But, ignorant souls do not know that shadow disappears as soon as darkness prevails. And this darkness is nothing but the ‘sub conscious mind’ which usually gives us signals many times in a day about ethics, morality, about wise decisions we might, or would have made, but we tend to ignore those signals.
People have different measuring instruments to measure other people. And we have to accept that no one in this world has a right to impose his view upon anyone, claiming that the judgement he has given is best amid different choices. The oddity of getting abhorred information is higher when we think beyond rationality. Why? because we delivered the judgement based upon our conditioning. Unless you are a part of the judiciary and you have known set of principles and constitution to which you must adhere to, your opinion has no intrinsic value. It is null and void, better keep them at your pockets.
You can’t label a person with a good or bad tag unless, you have reasons to clarify why their ‘good’ and ‘bad’ resembles the collective conscience of the society.
People have cheered up for the leader and bolstered who made them believe that Holocaust was the need of the hour, and at the same time judiciary has given death sentence to a person for killing his neighbour over a consistent argument. Life was being taken away at both the situations but, the circumstances are different.
In both the situations, if we go by the collective conscious, killing does not justify reasons to abhor ideology or hate. Hitler probably would have given millions reasons to prove why it was necessary, a person who killed his neighbour might have given crores reasons to justify his act, but as an evolved homo sapiens we could, can and will always think rationally and through prism of humanity. Neolithic people practised hunting because they had to feed themselves, if we think whether it was necessary to kill the animal or not, mind you, when in survival mode, surviving is important not the value system or ‘how you survived’ is important.
Next time when people ask you for the opinion or you try to judge them with your free will, always remember you are not perfect, your views are based upon your conditioning and background. Better ask them to consult more learned people and form an opinion based on a collective conscience.
picture source : Google