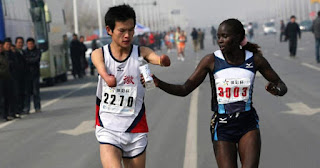 I have known despair


That’s why I value hope


I have been lonely.


That’s why I value love.


In this journey called life, we come across the people who mean for us.Some people turn you over a new leaf, some are so self-centered that you can’t see the epicenter of their ego. Nowadays, ego supersedes the true nature of a human being.In this fragile world, living entities are few while the living beings are abundant.
Scientists try to locate the epicenter of Tsunami, earthquake. Greater the intensity, greater the aftermath. We unfortunately, never come to know what triggers our anger. We the born peace lovers, children of god, wearing costumes of different religions, are becoming victims of emotional flood.
Seeing through the lenses of a philosophy, if there is a meteoric rise in ego then, our senses automatically engaged in a self-praise paradigm and we tend to repudiate others.
Dogged by our own conscious, we succumb to the cavalier fashion. We all have a heart which has to be flooded with the river of compassion, kindness. We must break the barriers to make peace with our past.
Whenever our heart ventures to strike up a conversation with mind there always a lacunae in balancing the thoughts.
A never ending desire, greed and sense of competition make us supercilious and this is the only reason why we end up with a claustrophobic situation.
Sometimes we dint get what we deserve.
When there is a need, We shrug off our shoulders, flew out of the coop from responsibility.
The human disposition never changes, when he is happy he performs rituals, performs benedictions.
As soon as the adversity knocks on his door, he blames God. He never understands, being a puppet he can only does his role, the aftermath is unpredictable.
"If we do good and caste it into the river, we feel good. If we are malevolent, we feel bad. That should be our religion"
The whole interconnection is measured only on SI unit of humanity. Eventually, everything connects. people, ideas, and "key to quality is the quality of connections".
We are all fallen stars so we should not care about the society!
There are two classes of intelligent men. One enjoys the sense gratification in a material activities and other is introspective and awake to the cultivation of self-realization.
We must admit that, no matter how many digits you have in your salary figure, if you are unable to sleep in peace then something is wrong. You feel distressed in sleeping condition. Never let it become the obstacle in the path of transcendental advancement.
The key to happiness is to refuse the proprietorship over anything in the world. Detachment is necessary.
We cannot be desire-less or senseless, but we don’t have to change the quality of desires.
Have a unquenchable desire for
•service to others,
•make someone smile,
•irrigate  the farm of humanity with our little contribution. 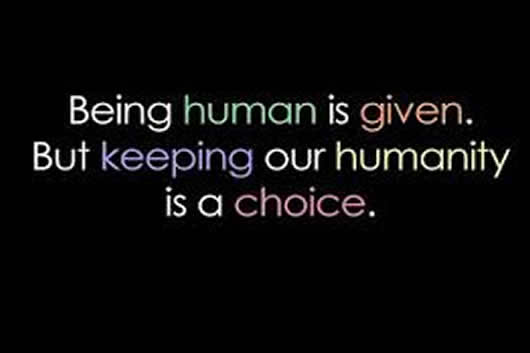 three years ago, i had visited one of the cities which is known for its rice production and called as city of the lake. Bhandara. As soon as i made an exit  outside the station, i waved towards auto, and zoomed off. An old lady in her 70’s boarded the same auto from the next square. I could see my grandma in her. It’s been 13 years since she has passed.
The old lady, seated near me in a solace. By her appearance, I could see, she was poor but her smile has covered up the existence of her colorless canvas !
I started  conversation with her, she said,” she has 3 son and one daughter. She resides in her daughter's home.” Her son refused to have her in their life like a night denies the existence of light. Knowing that, "darkness is an absence of light not a night itself." It was lacerating for me to hear, what i din't want to listen. She used to do household works. It was egregious to hear such a painful story and I could offer the words of condolences and emotions carrying the compassion.
she requested autowala to stop. She stepped outside, gave Rs.100 to the driver. Her fair was Rs.20. After seeing this, driver shot bullets of harsh words towards her as she was unable to give change. Driver dint has change and neither she. Breaking the squabble, I paid for her.
Albeit, I was an obscure person for her who have become a part of the conversation, but I couldn't see my grandma is about to shed tears for a words from goofy guy. She blessed me, and believe me this feeling was awesome. No other currency in this world holds the value like the feeling of satisfaction and grin over someone’s cheeks due to us.
Felt, as if I was there serendipitous for breaking the wall.
It was such a nice experience. You all might have gone through any on the incidents like I had, I am just a pinch of salt in this world, experiencing the lessons of life; I don’t want to collect the brownie points from anyone. Pervasiveness is not asked, it is earned.
Situational awareness can create a difference in your life too. where you are, whatever you do, contribute something for the society, feed the one who is enfeebled by the malnutrition, be the compass for a blind, but don’t stick to the blasphemy.
He is, therefore we are.
Be the love you never received. If you do so, mark my words, your effulgence will illumine for sure. We are human beings, to err is a human and  we are not infallible but if it comes in a way of humanity, then either sail  your boat or be the wind which changes the direction of boat.
The highest education is that which does not merely give us information but makes our life in harmony with all existence.