In the midst of past and present, I find solitude a state of seclusion a better way to focus on the things and on the roads which are less travelled by… 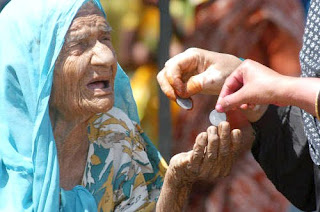 As the title itself speaks the necessity of “being human” than “being human beings” is as vital as oxygen for respiration process. Crossing centuries, we are sailing our boat in the 21st but as we are advancing in an every aspect eventually losing a grip over the emotional intelligence. What are emotions for? It is with the heart that one sees rightly; what is essential is invisible to the eye.
It helps us to deal with the every person with the right frame of personality including best possible dimensions which might mark a lasting impact over a person to whom we introduce ourselves. They say-“first impression is the last impression”. It’s true.
A person having a high IQ but an average EQ may show variations in his personality traits while communicating with the people belonging to the different walks of life in a day he come across. Are you a balanced person who treat everyone equally breaking the barriers of cast, class, religion? Or an unbalanced one who generates his words according to his needs. The selfish ones just want to demarcate the boundaries and purpose of this write up is very clear-“to see the other side of the coin”.
You might have seen or have been seeing beggars anywhere in your surroundings. They can be seen wandering around railways stations, bus stops, outside the cinema houses. I mean throw your glimpse at the crowded place, you will notice them. They have become the indispensible part of our society.
Since we realized the term “sociology”. We categorize people according to their looks, irrespective of their background as in this modern era one can be identified by their outer appearance. You know a logo or hallmark signifies a type or grade of the particular object or person. A rich can be sort of among a group of people wearing branded accessories. If you are an Indian and you don’t know how common man looks like then Google some pictures of chief minister of Delhi. He is the hallmark of every common man. (With due respect I wholeheartedly respect HIM). Being a CM of Delhi, the way he thinks, the way he speaks. The way he lives is beyond the words. It needs sacrifice. He is the role model for those who think the lotus of simplicity grow in the lake of righteousness. 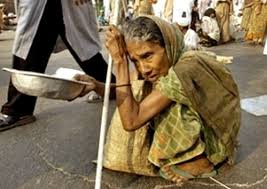 There are various categories into which someone falls and someone excludes. We count people, measure them by the wealth they have. We respect them by the size of their bank balance not by the size of their hearts. Our socialistic attitude is changing, change is the only constant, we give money to the beggars who are paralyzed as we think the one who can walk can earn by himself. They say if you want to know about the personality of a person then observe a conversation between him and a person who belongs to lower section of the society who lives his life hand to mouth. This shows a social map and among a web of social relationships, we can locate ourselves in this simple sense of describing the basic difference between ‘’personal troubles” and “social issues”. Everyone fights his own battle. Even Mukesh Ambani being a wealthiest person worries about the position of shares of Reliance On the other hand a beggar worries about whether he would satisfy his empty stomach at the end of the day. The definition of a worry can differ from the group of people depending upon the position they hold in a society but no one else can escapes from the jaws of karma and the process of change which I have already said the only constant.
You may be unhappy about the way elders in your family treat you or how your brothers, sisters or friends treat you. You may be worried about your future and what sort of job you might get. Other aspects of your individual identity may be sources of pride or embarrassment in different ways, but this all about a person and derive meaning from a personalized perspective. A social issue on the other hand is about large groups, it’s about the section of the society which is unsymmetrical.

Our human compassion binds us the one to other not in pity but as human beings who turn common sufferings into hope for the future.
Once I had boarded a train from Gondia to reach Bhandara, there was a man in his 70’s I guess. He was a beggar leaning to the bathroom. I settled myself near the window seat, then he crossed mine requested to give 10rs. Without any hesitation I gave him 10rs. His face shined like a crescent of the moon. Other passengers gave me a strange look as if I have committed a crime. In India no matter how rich you are, no matter you have TATA NANO or AUDI. If a beggar asks you for money you would give him not more than 2 Rs. It’s a fact. I accept I couldn’t resist myself so I gave him 10rs.but my heart melts in a faster rate than icebergs of Antarctica due to global warming. There is no comparison. I bet. He said,” I have my family living in a Matunga (Mumbai). I educated my only son spent mine entire life’s sum on him but at the end unfortunately my son left me as soon as he got a job. His priorities were changed. After the demise of my wife, I was like nowhere. My only son kicked me outside the house. And you can see how my life changed drastically. I am now the integral part of the Indian railways and trains running from Howrah to Mumbai are moving houses where I can be found’’.
I was shocked as if the 230 volts current passed by soul to crown. This is not a single story in India there are many more old people who have no option so they beg. They beg for the respect they had lost they beg for the ray hope that someday their life can be changed. If we can’t help them at least we should not behave with disrespect. They are also a creatures of the same creator to which we belong. Showing compassion towards them costs no money, if you earn in thousands give more than 5rs to them. It will make their day. See a smile in them as if the lord itself smiling. You will feel good. I admit we are living in masses so an impact of social hearings imbibes in our personality and it reflects by our communication. I admit some beggars in age group of 6- 14 take drugs and this has been an addiction for several years. There are many NGO’s which work for the exploitation of these group. But Old is always gold. Why do most people detest old age beggars rather than show compassion?
Detest is too strong. People are skeptical of most beggars because they can’t quickly differentiate the lazy from the wretched.
True compassion is more than flinging a coin to a beggar. Compassion is the antitoxin of the soul; where there is compassion even the most poisonous impulses remain relatively harmless.
Humanity is the religion what the world needs the most right now. So, being human is very important than “being human beings”…..