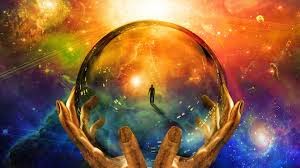 When I was in school, I didn’t develop interest in physics. My mind had always welcomed the information related to the history, geography ,Events, wars, historical places, mughals, British empire than  Force, momentum, area, velocity etc. so, it was a formality to study physics for the examination point of view and there was no kind of special interest to relate this scientific terms to the human life. I never allowed my mind to focus on science subjects although he has asked me to take keen interest in those boring subjects. However I would think what if I had a chance to meet Akbar, shivaji maharaja and many other great personalities and if they would have appointed me as their security adviser.
Whatever.  After years passed. One thing which grabbed my attention- is “the god particle”. I read it for the very first time flipping through the newspaper when scientists had discovered some of its unsolved mystery .if we see as per the scientific point of view, The God’s particle is the nickname of a super particle called the Higgs boson. In layman’s terms different subatomic particles are responsible for giving matter different properties. One of the most mysterious and important properties is MASS and some particles like protons and neutrons have the mass others like photons do not. And the theory of god’s particle continues, this theory can change its direction as many people have many minds to intercept the ideas and terminologies on a different note. So, it’s better to see everything with a different perspective and often we can say that “if many people have many minds” then it’s likely to be accepted that many minds result to give optimum and variant output which can be concluded as a single point of source. To be accepted, to be followed or to be tested over the variety of platforms.
Coming to the point, now connecting this scientific god’s particle theory to the spiritual cum philosophical world. What I observe after lots of introspection and readings of swami Vivekananda is that- we are god’s particle and we are protons and neutrons, who believe upon theism and never deny the existence of god.  Our parents are the medium through which we came here to do something serving best for the humanity. And the MASS is GOD. We all are associated with him, accompanied by his every force that rules our lives. We all are his puppets, acts as per his commands; we perform as he wishes to. We think as he generates the thought process, if everything belongs to the supreme creature, then obliviously we are all his Childs, do we have all that qualities? Do we think, we are above ALL? If all the people in the world are tied by the knot of humanity then no matter whether it is Barrack Obama President of USA or a street vendor who sweat hard to fulfill his basic needs. All falls under the same ambit.
Truth is – we are trapped under the dogma and forgetting the real WE. We just have to shed the old and acquire what is Gold. The best is waiting for us. If we think we are expecting the better then don’t get confused. We expect because we are made for it. When we don’t think. It’s not possible, and then in reality it’s not. If your heart can conceive you can do it, then no other power in this universe has the ability to divert you from your desired path. You shall overcome every obstacle coming to your way, with utmost confidence because nothing is impossible in this universe. The universe is within you. You don’t live in this universe in fact universe lies within you. For some instance, you should be the follower of truth. There is nothing higher than truth. Truth alone triumphs. All scriptures are based on it. Truth is the fundamental principle of righteousness.
Worshipping him is the best way to rekindle your inner potential. And to feel you are GOD’s particle. You cannot believe in god until you believe in yourself. There is no need to visit temple every time, temple is not the single source to worship him, the moment I have realized god sitting in the temple of every human body, the moment I stand in a reverence.
We are all born with a purpose, identify before you come closer to your expiry date. Do what you want, live your life with full enthusiasm? Dance in the rain, have a long drive, enjoy, but never forget to give before you ask because fragrance remains in the hands of those who distribute roses.
Being a God’s particle, all the powers in the universe are already ours. It is we who have put our hands before our eyes and cry that it is dark.