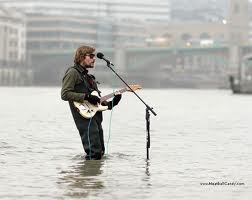 I’m going to mention here a short story of a farmer ,this story is imaginary but  if your EQ( imotional quotient) is good then you will able to find a message and essence of this story.
So, moving on…
Once upon a time there was a farmer living happily with his family .As he was a farmer you can guess his all income depends upon his farm and the production of grains, and  whatever he produces in the farm.
When I was in school ;
i am unable to recall right now when ,how, in which class my eyes have gone through the lines-
“ jay javann jay kisaan”. 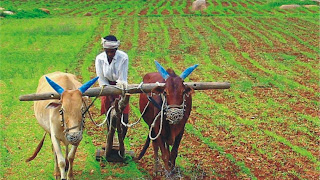 The slogan given by former PM of INDIA late  shri. lalbahadur shashtri.In india more than 70% of population is living in a village. ”kisaan” ,farmer, shetkari( in Marathi) sweat hard throughout the year for better production.
Usually the farmer about whom I’m talking about also invested most of his money to enrich crops by fertilizers. He was expecting good income after selling grains in a market. His elder daughter was about to marry soon and he was planning ahead to saving money for his daughter. Loads of hope were in his eyes…he had worked hard and obviously he was expecting an expected result..!!
This is a simple propaganda on which I have been believing since my mind has taken a charge over my heart !!
Later, as expected his grains got a satisfactory market value and sense of happiness and satisfaction rolled in form of tears though his cheeks( khushi ke aansu).
On the way to his home having money ( mehnat ki kamaai)  ironically he was robbed.
And the story has taken “U” turn…his hopes , his future ,money, labor all had gone in a vain.
The moment  before he was robbed he was happy and the moment after he was in a utter grief. I can’t give more adjectives to define a pain.
He might have insisted the robbers to let his money back who cares ? not all five fingers are same. They didn’t return his money this is why they are call as robbers. He couldn’t bear the shock and he has finally commited suicide. The same house from where his daughter’s DOLI could have lifted up but now his own dead body was on the way to graveyard…( baarat turns to janaajaa)…
Hard work pays off !! really ??
sometimes it doesn’t. Fate,destiny show their presence when you have a hard as well as bad luck !!
If I put myself in the story of a farmer ; working hard throughout the year to get feedback of my work !! am I expecting more ?
Lets have a look on some day to day life examples in a different way-
>how would you feel when you pay 100 bucks to buy an item and shopkeeper says
-“ nahi dungaa kya kar legaa ? ”…
>how would you feel when teacher asks you a question and you know the answer but can’t say because your throat is in bad condition and you can’t say a single word then your friend answer it badly though you might have known better than him/her.
>How would you feel when you give 10 RS to the shopkeeper asking for dairymilk but he gives you Eclairs which worth costs 1 Rs.
Feeling of non attainment increases when you get just opposite of what you expected !
Ending life has never been an option for those who suffers , but healing the wound by our own principles can be a good initiative and prudent step to balance our life crossing the limitless opportunites.
I am also going through bad patch of my life nowadays, for a while it takes away the “JEENE KI WAJAH ” (REASON to live)  but when I start writing I realize; nothing lasts forever. writing gives me an immense pleasure and  power to cope up with unusual circumstances.I have always loved words.
May be I’m not strong with words  , may be I am doing grammatical mistakes ,may be my vocabulary is weak…but I’m working on this. Still a long way to go.
I am hoping to write a book in the near future and I hope crowd will appreciate it.

Sometimes you have to forget what you want to remember what you deserve….!!!!