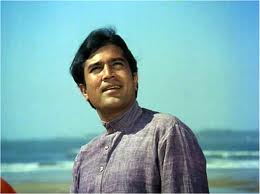 Jindagi kaisi hai peheli haayen…
Kabhi yeh hasaayen…
Kabhi yeh rulaayen…
One of my favourite songs that makes me to think about my life on a serious note. I remember when someone has said to me long before –“ Anand is a great movie ; you should watch it atleast once” at that time I refused his/her ( right now I am not able to recall the person ; so using “his/her”) suggestion as I was about to enter into the college life zone and used to watch only BLOGbuster movies of salmaan,shahrukh etc etc…I knew the movie hadn’t hit the theatres when I was in 11th class so asked about the release date to one of my friends.he/she said-“ you jerk; this movie was released in 1970” then my tubelight illumined with a full power.I said-“ oh common . are you still interested in old pathetic movies ?” he/she  said with a cocktail of anger and happiness –“ first see it then we will discuss it later”.
When my close friends say something then it has the reason.they never misguided me uptill now.so I said to myself-“ lets watch it..”
After two years when I was in first year ; finally watched it and felt goose bumps. What a movie..?? Is this the movie to which I was not interested.? Usually I have had the habit of ignoring good things.whether it might be friends,books,relationships.At the first moment when I face anyone or meet stranger I start making judgment about him/her. That is the wrong habit and already  started working on it.You can’t  judge a person in first attempt it takes a long time to examine as well as interpret.
Rajesh khanna played a role of guy who was fighting a battle between “jindagi aur maut” against the jaws of  cancer. He knows that his life is short, he is gonna rest in peace in few days ( how can a person rest in a peace when he knows ; he is gonna die within few months..??”.Anand .the way he lived,the way he enjoyed the every moment of his life,he  turned every moment of stone to  pearl.  He had the golden touch in his personality that made me to  realize the importance of relationships in our life. Doesn’t matter if its about paternal love or about  LOVER.
Relationships are like covalent bonds. 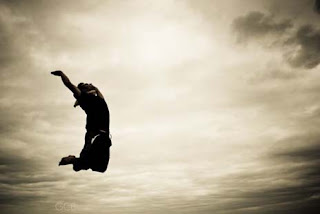 I have been an optimistic person since I realized the value of every individual who comes in your life.
Every cloud has a silver lining. If we all were significant to each other then everyone would be studying in IIT’S and rest of the crowd would study at MIET…( with respect to the friends who are in miet including myself) .but is this means we are alike each other ? is it a reason to discriminate ? is it the matter of superiority and inferiority ? NO. I have seen many students who have inferiority complex about there present condition ! they must see beyond horizon.when I suggest them to see the other side of the coin as well some of them say-“ the coin has only head on its both the sides ( remember amitabh would toss it in SHOLAY ).
I was a pessimist but started working on my pessimism and later I became optimist but now I want to be an opportunist.
If anyone knows he is gonna meet yamraaj within a days and he/she still living the way he/she used to be when everything was normal ; hats off to the courage shown by him/her.this is the message I have learnt from “ANAND”. I’ve found the reason to liberty.it will take a long time to apply it on my personal life.
I know my shortcomings,my limitations. ( the wearer best knows where the shoe pinches)
I am neither a philosopher nor a professional writer I am  just a part of the crowd who is interested to express his feelings through writing. Always followed the principle taught by my mother-“ do good and caste it into the river”.
I din’t get expected results ever in life but I haven’t won yet so race is not over.I have been living from hand to mouth. By the way,let bygones be bygones….
Rome was not built in a day….
HALF A LOAF IS BETTER THAN NO BREAD………..