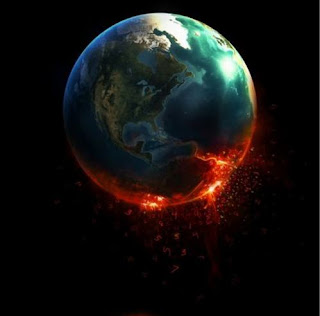 After watching 2012…I was very much afraid of being dead ..i knew it was just an imaginary ..but kudos to the multimedia team who have done a GR8 job…(  I am sorry to say GR8 here actually it must be horrible)..yeah but finally what a film it was..!!!!
If Nostardam ( who has already said that there is no Calendar after 21st December 2012 according to the MAYA culture…) whatever..
Lets see ahead whether we will be able to enjoy new year party or not :P
If it happens then-
1.       CONGRESS would be the last Govt in India..
2.       BJP’s dream to win 2014 elections will be faded away..
3.       Narendra Modi won’t become PM of India..
4.       Ramedevbaba will only be the person  who survive by his YOGA…god knows he will become the next (ADAM ) of the new world after the end of 2012…guess about EVE ( just joking)
5.       Arvind Kejariwal will switch his NGO from IAC(India against corruption ) to WAD ( world against destruction)
6.       RAHUL GANDHI will die remain bachelor..( me too)
7.       Manmohan Singh will remain silent as usual even flood enter into PMO office and resident…waiting for the orders by Sonia Gandhi..suddenly news flashing on the screen Indian PM got noble prize 2012 for PEACE..(not for the welfare of the society but for self destruction of mouth)
8.       OBAMA will fly away by air force 1 god knows where he’ll be landed up..
9.       Tushar kapoor will be very disappointed as he wont be able to conceive his last desire before exit .
saying only AE EE AAYA OOO …MAAAAYOOOOOOO….
10.   AJAY DEVGAN will be the last SON OF SARDAR
11.   SALMAAN’S name will be written in the golden page of Indian history as he will  be the last DABANGG of INDIA.
12.   Rohit Shetty will stop the sequels of GOLMAAL.
13.   ARCHANA POORANSINGH will be the last laughing women of India
14.   Me ( Niraj Brahmankar) will rest in peace at 2nd year of my engineering.Woud MIET return my fees  of 4th semester ( which is to be conducted in April 2013) ..so that I can enjoy the last days of my life with my friends…